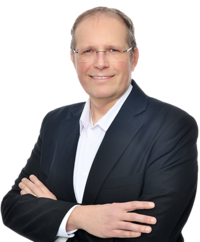 A long association with Serepon

On April 22, 1947, the brothers Otto and Werner Schärer founded the company Schärer & Schläpfer together with Willi Schläpfer. In Grenchen, Solothurn, they bought up a smaller company that produced bitumen emulsions. "The founders initially continued this production," tells Roland Borner, Head of Development at Schärer & Schläpfer AG. "But soon they started making higher-quality products as well. On October 30, 1947, 'Schärer & Schläpfer' produced sulfonated castor oil for the first time."

Thanks to this, too, the company developed well. The number of products and employees grew and soon it became too crowded in Grenchen. In 1953, the founders built a new factory on a greenfield site in Rothrist.

Sulfonated Castor oil, better known as Turkey Red Oil, is still produced in large quantities in Rothrist, Aargau, and sold under the brand name Serepon. As the production plant is aging, it is now being replaced by a new, state-of-the-art facility. But more about that in the fourth part of this series. Here we want to turn our attention to the product itself and what significance it has for Schärer & Schläpfer AG.

"Serepon is a product with tradition that is close to our hearts. In our product range, it is something exceptional, something very special,"

All other Schärer & Schläpfer AG products are synthetically manufactured on the basis of ethylene oxide. "Serepon is our most natural product, without petrochemicals," Borner explains. "Other than castor oil, some sulfuric acid and caustic soda, there's nothing in it." On closer inspection, however, the production of high quality is not so easy. But the know-how is great. And the passion for the product is also great: "Serepon still gives us a lot of pleasure. It's a product we enjoy making," says Borner. For him, it is even a project close to his heart: "Serepon was one of the first products I encountered when I joined the company in 1991. And I did my thesis on this beautiful product."

"Twenty years ago, people already thought that Turkey Red Oil would not be around for much longer. There are newer and better surfactants," admits Roland Borner. "But when you've been doing something for 80 years, you don't just give up on it." And again and again, Serepon has experienced a revival. Rightly so, according to the Head of Development: "It simply has the characteristics that enable it to deliver." It also makes the hands wonderfully fine and has a magnificent nutty smell. "Serepon is just a beautiful, cool product."

State of the art – the new Serepon plant